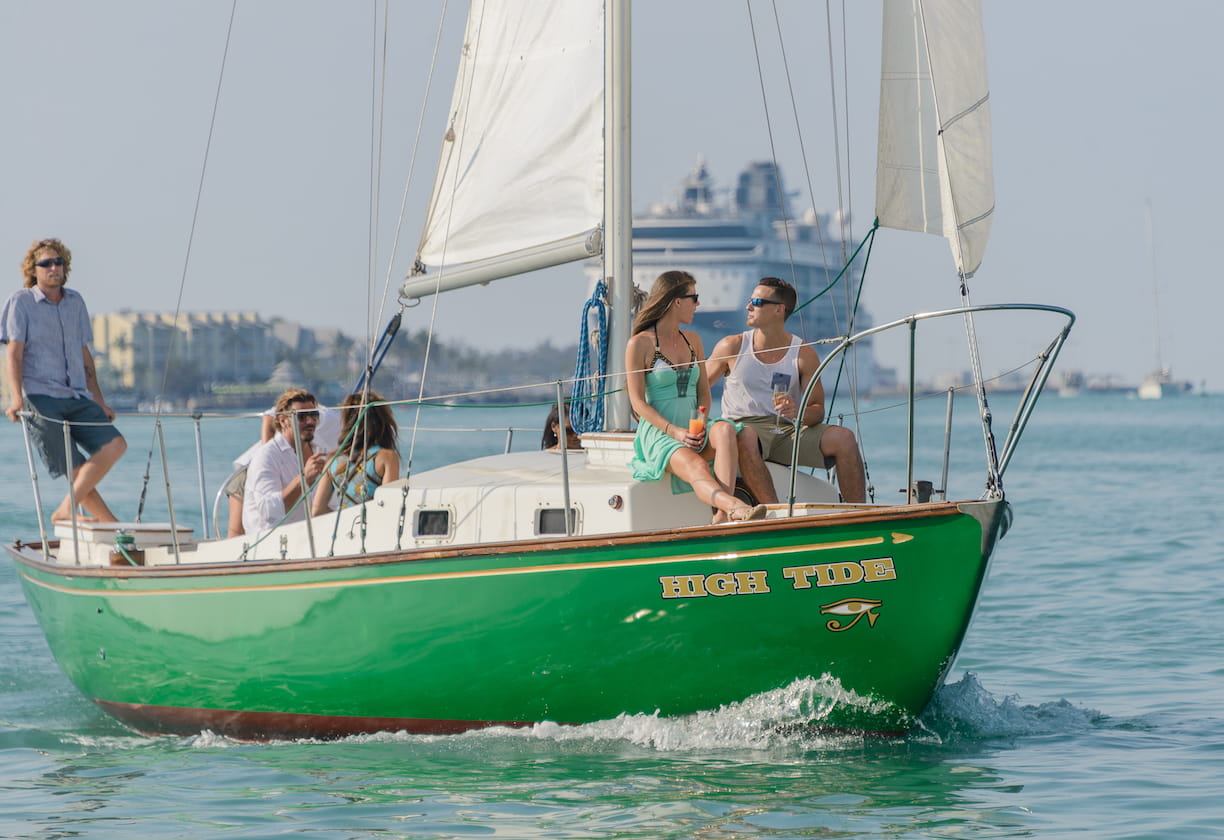 From the old-world elegance of a historic schooner to off-the-beaten-path day trips on a nimble sloop, we give you unforgettable glimpses of the Keys.

For the Love of Sailing

‍Sunset Sail Key West is more than just a private sailing charter, it is the culmination of decades of experience and a lifetime of passion for sailing, and for Key West. Our top priority is sharing the joy of boatmanship with our guests. We love making new friends and hopefully inspiring a few new sailors along the way. It is our mission to offer authentic sailing experiences around Key West, away from the crowds and noise of party boats and booze cruises.

Around the turn of the century, a boy named Seth discovered he had saltwater running through his veins. After finding his way to the docks of Key West, he worked mornings before school cleaning boats and got to know the local sailors. Before long, at 14 years old he was crewing on High Tide with Captain Pam. His love of sailing was boundless, and by the time he was 17 he had embarked on his first transatlantic crossing. At 19, he became the youngest schooner captain in North America.

A Charter is Born

Captain Seth spent years sailing professionally throughout the eastern seaboard and Caribbean, across the Atlantic to the coast of Italy, and even through the Panama Canal. In 2010, after purchasing Conch West on a whim and restoring her for a year, he registered her as a charter boat, and Sunset Sail Key West was born. One day, upon spotting the High Tide dry-docked in Key West and close to ruin, he vowed to restore his old friend to her former glory. After a labor of love restoring her from the ground up, she joined the fleet.

The Fleet is Complete

In 2000, the first time Captain Seth laid eyes on When and If, he had an instant crush. Every few years, in one exotic place or another, he would cross paths with the schooner and take note. In June 2013, Captain Seth was hired to Captain When and If, followed by overseeing her meticulous 18-month long restoration. When the opportunity to purchase the historic yacht came up, there was no question. It was a great honor to keep her in America and to share her with the public as a charter. She is the crown jewel in the Sunset Sail fleet.

Thank you! Your submission has been received!
Oops! Something went wrong while submitting the form.
Quarterly Updates  •  No Spam

Bringing decades of experience and a bottomless love of sailing, our locally-owned fleet and passionate sailors share the beauty of Key West– from on the water.

Sunset Sail SalemSchooner When and If